You are here: Home»News Room»Events 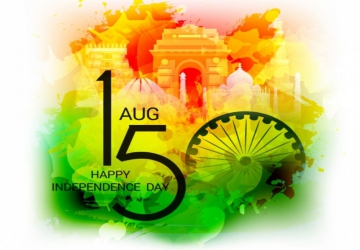 Jodhpur: Lucky International School, an award winning school for the Day Cum Boarding School in 2018, celebrated it’s the Annual Day and Scholar’s Felicitation Ceremony at LIS Campus yesterday. The celebration was kicked off at 5.30pm with lighting of the lamp and lasted till 10 pm. Mr Ashutosh Rana, a famous working actor in Bollywood as well as Marathi, Tamil, Telugu and Kannada and an unforgettable character acting as a cold blooded psychopathic killer in the hit Hindi Movie Dushman(1998) , was the chief guest of the LIS Annual Day Event. The program was presided by Shri S.N Kachhawaha, the Chairman of LIS who had called for the true value based education to meet the challenges of today and tomorrow in his annual Speech. Mrs Ragini Kachhawaha, the Principal of the School publicized the annual Report of LIS school to the invitees. The grand event was a attended by dignitaries in the field of art, music, education and other social and audience of 2000-3000 including parents of LIS scholars and who were remarkably thrilled by the exciting shows of in-house artistic stage shows of LIS annual event participants. The program profile consisted of Tempo Friction,- an amateur school pipe and percussion band-, Musical Ganesh Vandana, Heal the World of School Choir, Symphony Genius- Mission Impossible, X-mas Excitement and Dwanth- Agree to Disagree performance of primary , upper primary and high school presentation. The latter won the heart of the audience as they eye witnessed the magical steps of LIS performers. More than 190 meritorious awards won by the LIS Scholars in various field were given away by the Chief guest during Scholar’s Felicitation Ceremony session. Mr. Ashutosh Rana was very impressed by the role LIS plays in the society for differentiated and directive and reflective education towards lifelong skills. “Luck stands for Labour Under Correct Knowledge” added in his speech. He later on stressed to continue to promote Indian culture and ensure every scholar to be in right way .He appraised the school , Mrs Ragini Kachhawaha, the principal of LIS, for availing productive and creating true character through education in 21st Century. “ The beauty of every education is having a sense of enjoyment” Mr Ashutosh quoted. The evet Dwand(Agree to disagree) concluded with national anthem followed by refreshment for the attendees.